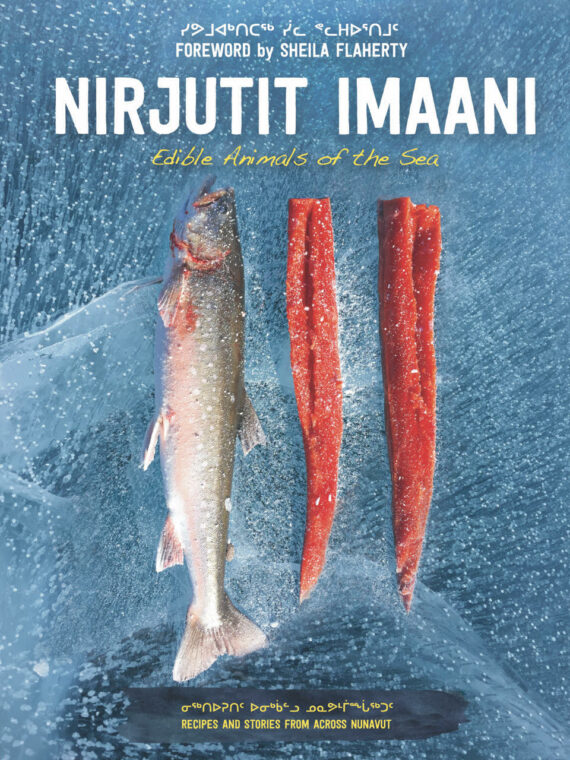 Nirjutit Imaani: Edible Animals of the Sea is more than a cookbook. It is a window into Inuit traditions, practices, and language through recipes and stories dedicated to fish and seal.

With a foreword by chef Sheila Flaherty.

More than 40 people from across Nunavut’s twenty-five communities contributed recipes and short narratives about the preparation and significance of country food to Inuit well-being.

56 recipes for seal, arctic char, turbot, cod, and whitefish accompanied by full colour photos presented in English and the Inuktut dialect and writing system of the originating region.

Includes: illustrations of tools and techniques for preparing fish and Inuit harvesting tools, and cooking on the land; notes on harvesting, cooking, and fermenting seal; parts of a seal diagram; notes on dialects and writing systems; and vivid colour photographs.

Ideal for students and all people interested in learning more about Nunavut through food and food stories, illustrations, and images.