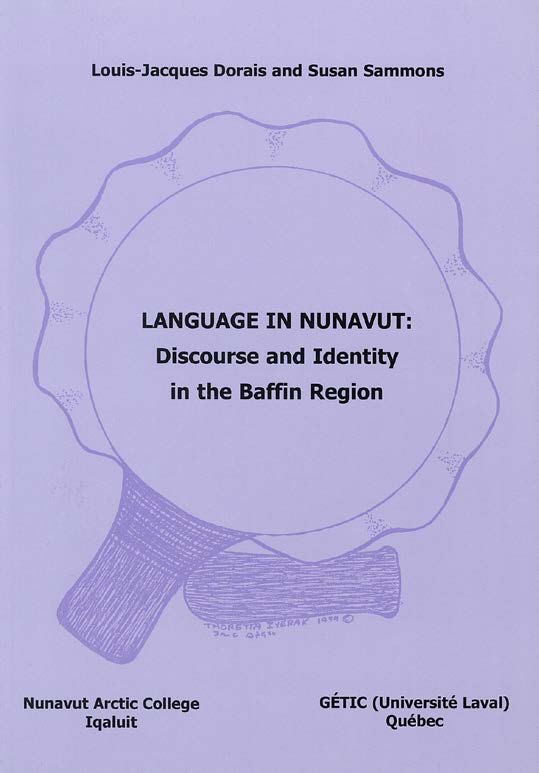 Discourse and Identity in the Baffin Region

This book explores language usage in three communities of the Baffin region of Nunavut. Over five years a team of northern and southern researchers and students enquired about which languages were spoken by adults and children, Inuit and Qallunaat (non-Inuit) in various contexts.

This is the first thorough study of discourse practices undertaken among Canadian Inuit. By deliberate choice, the privileged methodology was qualitative because it was deemed that in order to gain in-depth knowledge of language usage at the community level, it was essential to go beyond the collection of purely statistical data, and to question speakers about their linguistic choices and opinions.

This study employs a theoretical framing that includes the ethnography of communication (Hymes 1974), culture and cognition (Keesing 1987), and Gumperz’s (2000) thoughts on speech communities and sociolinguistic interaction. Further, the study considers the speech event as a social unit of performance within the broader context of social interaction (Bauman and Scherzer 1975). Through this conceptual lens, discourse practices are seen as expressions of the connection between linguistic and cultural categories as it occurs in a specific geographical, societal, and historical setting (Lewin 1991). The observation and interpretation of these practices thus provide a key to understanding the cultural meaning of social relations.

This book remains a relevant and important study. Questions of language use in school, home, and community continue to dominate discussions in the political, cultural, and educational arenas.  As Nunavut becomes more intimately tied to the South, and as the population grows and diversifies – and becomes younger – the relationship between language and identity persists as a vital concern.