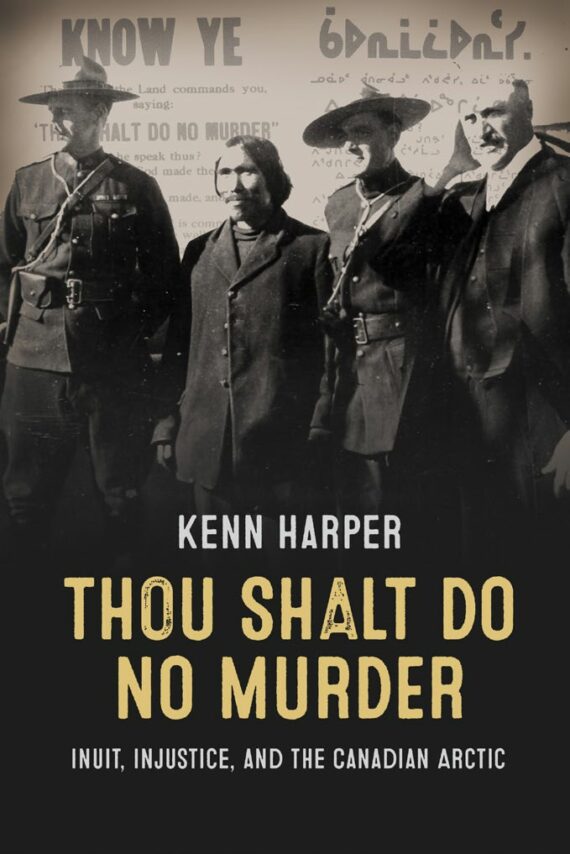 Thou Shalt Do No Murder

Thou Shalt Do No Murder

Inuit, Injustice, and the Canadian Arctic

This is a story of fur trade rivalry and duplicity, isolation and abandonment, greed and madness, and a struggle for the affections of an Inuit woman during a time of major social change in the High Arctic.

Doubts over the validity of Canadian sovereignty and an official agenda to confirm that sovereignty added to the circumstances in which a guilty verdict against the leader of the Inuit accused was virtually assured. The show trial that took place in Pond Inlet in 1923 marked a collision of two cultures with vastly different conceptions of justice and conflict resolution. It marked an end to the Inuit traditional way of life and ushered in an era in which Inuit autonomy was supplanted by dependence on traders and police, and later missionaries.

Kenn Harper draws on a combination of Inuit oral history, archival research, and his own knowledge acquired through 50 years in the Arctic to create a compelling story of justice and injustice in the Canadian far north.

Kenn Harper lived in the Arctic for 50 years in Inuit communities in Canada and in Qaanaaq, Greenland. He has worked as a teacher, historian, linguist, and businessman. He speaks Inuktitut, and has written extensively on Northern history and language. He is a Fellow of the Royal Geographical Society and the Royal Canadian Geographical Society, a recipient of Queen Elizabeth’s Diamond Jubilee Medal, and a Knight of the Order of Dannebrog (Denmark). Harper is the author of the bestselling Minik: the New York Eskimo.